When to Consider Couples Therapy 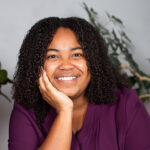 In the United States, discussion of individual therapy is at an all-time high. We more readily make the connection between the trying circumstances many of us are living through and the resultant impact on our mental health. Often, we expect there will be biases and barriers that need to be addressed in order to start individual therapy and make the experience impactful; we see the value in having a safe space in which we can be vulnerable, challenged, and validated. Unfortunately, there is often less of this open discussion when the topic of couples therapy arises. Indeed there are times when this service might be just as, if not more, beneficial to our current circumstance than individual work.

There are several stereotypes about couples therapy that may feel discouraging. One of the biggest is that couples therapy is only for those legally married. The thought being that it is unwise or unnecessary to put so much effort into a relationship less rigidly defined. Taking such a viewpoint in some ways attacks the legitimacy of partnerships that may be less structured or binding, while ignoring that they are not necessarily any less loving and committed. Some might say that couples therapy creates problems. There are bound to be concerns if one goes fastidiously looking for them, correct? Some might see it as a space where the partnership is scrutinized by an outsider who’s seen as an “expert”. Yet another belief is that therapy is a last resort; if you’re seeking it out, the relationship is already beyond repair.

While many stereotypes have some basis in reality, the ones shared above are generally incorrect. Folks who are not legally bound to one another benefit from attending couples therapy. If there are parties in a relationship who care about the health of that relationship and promoting behaviors and approaches that will benefit all involved, then those people are good candidates for couples therapy. This does not even properly acknowledge the fact that, for various reasons, fewer and fewer people are getting married and if they do, the ‘when’ is becoming later. Regarding the point that problems are created, often by an outsider who is poking at the fabric of the partnership, in reality the couple ultimately wind up highlighting which areas need attention when therapy begins. The dynamics they would like to be addressed and explored are the focus of therapy. For many couples, that includes improving communication, better understanding their partner’s perspective, addressing areas where compromise is needed, and increasing intimacy, often with the added bonus of increasing general relationship satisfaction.

Regarding therapy being a last resort, something to be engaged in only when other interventions have failed, this misses the reparative element of the therapeutic space and the importance of timing. Statistics do indicate that a sizable portion of partnerships that go through couples therapy end, however the majority do not. Clearly there is a need for the service and when parties enroll matters as well. It is much easier to make a car run again if it just needs gas rather than if the oil needed to be changed, and all of the brake pads replaced and the engine rebuilt….. you get the gist. Attending to concerns earlier often leads to a better prognosis.

While many become involved in couple’s therapy to further explore, repair and strengthen their partnerships, couples therapy can also serve the purpose of helping those involved determine if continuing the partnership is best. A relationship might suit the needs of all involved for a time, but it is not guaranteed to always be able to meet that purpose. It is often difficult to determine our own feelings in such scenarios, be open to empathetically hearing our partner’s perspectives, and ultimately navigating what thoughts and feelings can be discussed and resolved and which ones might indicate that parting is best. Having a neutral third-party present who’s interested in all involved being heard and feeling whatever sense of closure is available can be helpful.

Many couples, triads, polycules, and other formulations of family, are navigating new questions and concerns related to building the sorts of relationships that bring them love and joy. I wanted to ensure variations of family were listed here as the term “couples therapy” is used throughout, but is not meant to be exclusive. If you think that your partnership could benefit from a space that encourages shared growth, helps you to think about the part that you play in the dynamic and invites you to build with your partner consider pursuing couples therapy.

PrevPreviousI Hate Writing These Things
NextLiving in Your BodyNext