I Hate Writing These Things 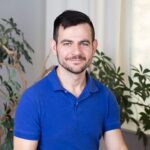 When I first took over ownership of Chicago Mindful Psychotherapy, there had been a monthly blog post written by the previous owner. I inherited this responsibility and, for the first few months, I put it off until the last minute and threw something together. Eventually we developed a new system. We would reduce the frequency of the posts to every other month instead of every month, and our staff and student therapists would be invited to write posts about topics they care about. Only in the months when nobody volunteered would I need to take it on. For the most part, that has worked out nicely. Over the past several months, many members of our team have been able to write about something they’re interested in and potential clients have been able to get a sense of their therapist’s approach and demeanor. On an occasional month, though, it has again fallen to me to write something. This is one of those months.

There’s a term for what I was doing when I put off writing the post until the last minute. The same term applies to what I’ve been doing during the past few weeks when I’ve been, yet again, delaying getting started on writing this piece. The term is experiential avoidance.

In order to avoid those emotions, I delayed getting started. Every morning I would think about the things I needed to accomplish that day and I would see “blog post” written on my agenda. For several days in a row I just drew a little arrow from those words on one day’s agenda space to the agenda space for the next day. It was my little way of ensuring it stayed top of mind without actually needing to do anything about it. My agenda has a lot of arrows in it. So every day for the past few weeks, I have experienced worry, frustration, and insecurity as I briefly considered the need to get this task completed. Everyday, I’ve experienced doses of the very feelings I’ve been trying to avoid. I’ve arguably experienced more of those emotions cumulatively than would be generated by actually doing the work, and I haven’t gotten anything done.

You might expect me to say that, now that I’m actually writing, I’m free of the emotions I listed. I am not. As I write this, I am experiencing all the same emotions I predicted I would feel. I worry that the point I’m trying to make won’t be understood. I’m frustrated that the words aren’t coming to me as quickly as I would like them to, and as quickly as they have in the past when I was more confident in my writing and had more time to do it. And I’m insecure that talking about myself and engaging in this sort of metacommunication will come across as self-indulgent.

So I’m not talking about some magic little trick that allows me to do the things I need to do without experiencing any difficult emotions. I’m talking about acknowledging the feelings, experiencing them, and doing what I need to do anyway. Though I’m experiencing those feelings, I’m not interpreting them to mean I should stop. That separation of experiencing and interpreting is an important one. So while there is no magic and I’m not being rescued from the experience, I am at least accomplishing something. I’m also giving myself the opportunity to experience an easier emotion. I predict that, after I finish this piece and get it sent off, I will experience a sense of relief. I will wake up tomorrow and, rather than remembering I need to write the post, I will remember I already have.

Experiential avoidance is a major focus of a therapy approach I’ve been exploring lately. It’s called Acceptance and Commitment Therapy (ACT), and it has the goal of helping people move from psychological inflexibility toward psychological flexibility. Inflexibility, as identified by the creators of ACT, includes, among other things, reliance on experiential avoidance, a lack of clear values, inaction, and difficulty recognizing the ways that we’re thinking or feeling in a given moment might distract us from our goals.

Psychological flexibility includes, among others, making decisions based on our values, committing to action in spite of the discomfort or pain those actions might cause us, and recognizing that thoughts and feelings we have are transient and do not need to guide our actions. When I was avoiding writing this piece I was being inflexible in a few ways. First, by relying on avoiding the discomfort of writing and failing to take the action I knew I needed to take. Second, I allowed my in-the-moment self to dictate whether or not I started writing. And third, I did not take the time to identify the ways that I was or was not acting according to my values.

Now that I am writing, I am accepting the difficult feelings it generates. I’m recognizing that there is a piece of me trying to convince myself that literally any other task would be less stressful and more important than this one, and I’m engaging in the committed action I set out to complete. An added bonus is that, because I really do believe in the benefits of ACT and would like to share it with more people, I have found a way to align this task with my values.

Among the many nice things about ACT is that it is itself very flexible. Although it has a solid base of research supporting its effectiveness, it does not rely on any manuals and it can be integrated into almost any therapeutic approach. While working with a therapist who has received ACT training can be very useful, it can also be explored individually with the help of some books and podcasts.

Of particular note is that ACT lends itself very well to group therapy. Because some of the concepts can be a little difficult to grasp and apply to our own lives, ACT groups can be great opportunities to ask questions, witness others applying ACT principles and enhance our understanding of it, and to have help noticing when we are engaging in psychological inflexibility in ways that are getting in our own way. It is with that in mind that I’m excited to share that Chicago Mindful Psychotherapy will be forming an ACT group in the near future. The details still need to be worked out, but if you’re reading this and think ACT might be a good fit for you, please reach out to me at jsmith@cmp.email so we can keep you in the loop on the group’s development. If nothing else, though, I encourage you to give some thought to ways that experiential avoidance may be present in your life, and the ways it might be leading to more distress than it is preventing.

Get Out of your Mind & Into your Life by Steven Hayes and Spencer Smith,

ACT in Context: The Acceptance and Commitment Therapy Podcast by the Association for Contextual Behavioral Science

PrevPreviousWhat if You’re the Gaslighter?
NextWhen to Consider Couples TherapyNext